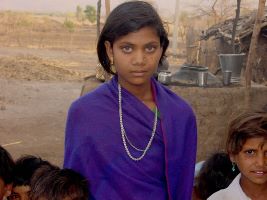 The producers of the Waiting World Prayer videos series have decided to make their videos available online at no cost. These videos are prayer videos that can be used to start intercessionary prayers for the lost of the 10/40 Window. Included are 36 unreached people group videos, videos on the 10/40 Window, Islam, Hinduism, Buddhism, Animism. and the Great Commission. Check it out at…

If you can use dynamite video media on the Maratha, Balinese, Punjabi, Golog, Shan, Uighur, Azerbaijani, Wolof, Zhuang, Sasak, Pushtun, Khmer, Soninke, Tibetan, Fulani, Burmese, Baluch, Han Chinese, Makassar, Mongol, Nepali, Rajput, Vietnamese, Bengali, Albanian, Indian Urban, Iraqi, Japanese, Bhil, Gur, Lampungese, Thai, Kashmiri, Arab, Berber, Turk, anyone in the 10/40 Window, anyone in the Islamic world, anyone Buddhist, tribal/animist, and anyone focused on the Great Commission, you’ll find a video for YOU. This video, for example (which we might title, “We Speak to Nations,” or “Hear the Sound,” might work at your next mission rally or event. You could use either title, or even the title, “Be Free,” as the theme of your next event and use this video as your rallying point video:

Imagine, if your church is open to choreography or the use of flags or even “worship dance,” imagine a group helping communicate this song to the audience while the video plays on the big screen. Powerful.

You could use this video on the Great Commission on the second night:

By doing so, you could help put an end to all the people who told Barna they had no idea what the Great Commission says. The testimonies near the end are diverse — so you could introduce greater diversity to your group — even if it’s very monocultural or monoethnic.

This is really incredible — that they’re letting us download 1.2 Gig high res videos. Awesome. Thanks to “thewaitingworld“!!! The crazy thing is — they haven’t even branded these videos with appeals for funds or even with clear logos to build their brand. It’s like — they actually just care mainly about getting out the message. Love it.