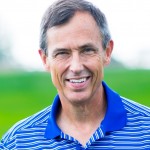 Brigada is a growing collection of web- and email-based resources staged from the offices of Team Expansion at Emerald Hills in Louisville, Kentucky, USA. The weekly Brigada Today web journal offers resources, mission trends, motivation, strategy tips, tools & “hacks” to Great Commission Christians. It is edited by Doug Lucas and Gail Coomer, Team Expansion, Louisville, Kentucky. Oh, and by the way, Emerald Hills Skies (EmeraldHillsSkies.com) is a page here at Brigada dedicated to Doug’s never-ending fascination with amateur astronomy. (It’s kind of like a hobby – only a bit over the top. If you have a moment, please check it out to join Doug “at the eyepiece” of his 11-inch RASA telescope or to learn more about the craft of astronomy.) But we digress. Back to Brigada. 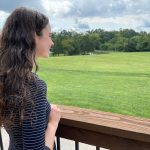 Since January 25th, 1995, the weekly Brigada Today email journal has been informing Great Commission Christians about our great global quest: giving hope and help to those who need it most. During its initial 3 or 4 years, Brigada sought to create email discussion groups that would unify like-minded pilgrims in reaching specific pockets of people. Thankfully, now there are several specialist websites dedicated to that task. In more recent years, Brigada has honed in on what it always did best for Christians in God’s Great Cause:

Today there are thousands of subscribers to our weekly publication, along with many who read on the web and on Facebook. Together, we make up the Brigada family of participants. May God grant all of us wisdom, insight, and energy to keep on sharing hope and help to those who need it most! Thanks for being part of the Brigada family!

Why the name, “Brigada?” In 1942, Stalin, then leader of what used to be the USSR, banished some 200,000 Crimean Tatars from their home on the Black Sea. They were not permitted to return to their homeland, for the most part, until the early nineties, when the Soviet Union broke apart. Unfortunately, since their homes had been confiscated by others, the Crimean Tatars were forced to rebuild entire settlements during the cold winters of 1990 and 1991. While living in Crimea, we saw, at times, literally dozens of Crimean Tatar families working together in what they called, in Russian, ‘brigadas’ (brigades), helping one another build homes in rapid fashion. They found, through experience, that working together produces synergy, i.e., the output is greater than the sum of the inputs. As Bill Taylor writes in Kingdom Partnerships, ‘… One draft horse can pull four tons. If you harnessed two draft horses together, they can pull twenty-two tons.’ Today, we need just this kind of ‘brigada’ and just this kind of synergy!

Note: To submit an item for publication in Brigada, please click on “Submit an item” in the top-line menu.