14) The BackPage: What’s in YOUR Language Learning Wallet? 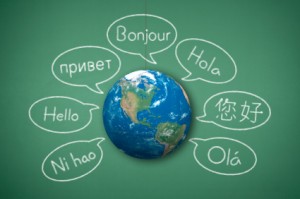 Last week, a friend put me in touch with the ongoing development in the GPA language learning approach. I believe Greg Thomson was one of the (if not THE) person to coin this term. Learn more at sites like…

I don’t think Thomson did this from the vantage point of someone working for the Kingdom, but this method seems to fit SOOO well with a Kingdom-friendly mindset. For my own part, I used the LAMP method. Prior to departure, I got to study directly under Tom and Betty Sue Brewster at Fuller in the LAMP heyday. (I never take that for granted, by the way.) For whatever reason, I loved the method and it really made sense to me. I used pure aural/oral LAMP for 9 hours/day, 6 days/week for entire 9 months straight. At that point, I could lay aside full-time language learning and focus full-time on outreach (which was, at that point, merely a ramping up of what LAMP had modeled for me). The fun part about LAMP was – it wouldn’t have mattered what language I was learning. Nor would it have mattered if it was tonal or not. I didn’t really focus on reading/writing that much — so for all I know, Spanish might have been scripted in Cyrillic. It didn’t matter. I was memorizing phrases like one memorizes opera. I met with a helper to figure out 4 new phrases or sentences per day (the Brewsters called them “texts” and they called this process “Get”), then had him record the text in several unique ways. Then I listened (passively at first, then more actively) to the new text for 30 minutes. Then I worked with the recordings (as prescribed by the Brewsters) for 2 1/2 hours (“Learn”). After eating lunch, I’d take off into the community. The Brewsters had told me not to quit until I had been able to say the text to 50 different people (“Use”). I was nearly religious about it. They all took me so seriously, trying to develop my pronunciation and flow. At quitting time (never before 5pm [grin]), I would figure out what I needed to learn for the next day (“Evaluate” – so Get, Learn, Use and Evaluate spelled “GLUE”). To this day, 32 years later, when I speak Spanish, thanks to the Brewsters (not through anything I did), someone in the room asks inevitably asks me if I’m from Argentina. (Never mind that I studied in Uruguay; at least they have me pegged in the country next door.) I haven’t been able to LIVE in Spanish since 1982. But for some reason, give me 1 day back in a Spanish-speaking location and it’s all there again. How does LAMP do that?

So I have questions:
*** How is GPA different/better/worse than LAMP? What are the bullet points of how it’s unique?
*** Have you done LAMP and did it work for you? Have you tried GPA and was it easier or harder?
*** For you, how do these methods compare to using tutors or studying in a language class?

If you would be so kind, please respond by logging on to the web version of this edition (see link below), then click “Comment.” Thanks in advance!