14) The BackPage: On Breeding Spotted Mice 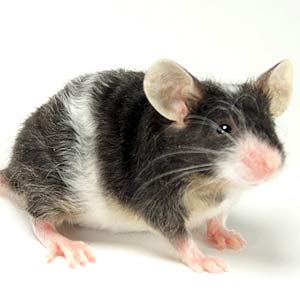 A.W. Tozer simply could not have made it any easier to understand when he wrote that now-famous essay, “On Breeding Spotted Mice.” In it, he tells about a rich British royalty who spent his entire life trying to breed the perfect spotted mouse. Tozer explains, “Made in the image of God, equipped with awesome powers of mind and soul, called to dream immortal dreams and to think the long thoughts of eternity, he chooses the breeding of a spotted mouse as his reason for existing. Invited to walk with God on earth and to dwell at last with the saints and angels in the world above; called to serve his generation by the will of God, to press with holy vigor toward the mark for the prize of the high calling of God in Christ Jesus, he dedicates his life to the spotted mouse — not just evenings or holidays, mind you, but his entire life.” Tozer added, “The man who does not know where he is, is lost; the man who does not know why he was born is worse lost; the man who cannot find an object worthy of his true devotion is lost utterly; and by this description the human race is lost, and it is a part of our lostness that we do not know how lost we are.” Certainly this is the situation among the world’s 7000-or-so unreached people groups. They simply do not know how lost they are.

Today, more than ever before, we need a new generation of workers who will excel at helping these missing persons (missing from the Kingdom of God) become found. Tired of chasing “spotted mice?” Talk with the leaders of your local church. Partner with a missions agency. Together, let’s rally together to make a lasting difference among the world’s remaining unreached peoples and cities!