12) The BackPage: Perspective on My Visit to Haiti — 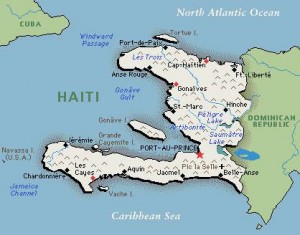 How do *you* define impoverished? In their discussion on the definition of poverty in the Global South in “When Helping Hurts,” Fikkert and Corbett write (pages 51 and following), “While poor people mention having a lack of material things, they tend to descri8be their condition in far more psychological and social terms than our North American audiences. Poor people typically talk in terms of shame, inferiority, powerlessness, humiliation, fear, hopelessness, depression, social isolation, and voicelessness.” I found this discussion intriguing. It spun out an idea in my work over the past couple of weeks. While visiting churches and projects in Haiti, I decided to ask the members of a pair of congregations if they’d consider sending missionaries. I gave the most compelling call I could muster and watched for the results. I detected that some of the listeners were perplexed as to how they could *afford* such a challenge, seeing as how their average monthly incomes, in some cases, were among the lowest in the entire Western Hemisphere. The annual GDP per capita in Haiti is $166, whereas that of the USA is $47,123.  (See

So I told them not to take the consideration of finances into their mix of questions & issues. There was a near-instant change. The entire crowd seemed to switch paradigms. Many seemed willing to consider serving in a Muslim land, for instance, even though they would need to leave grandparents, church, friends, and homeland. When asked why they would consider traveling off to a faraway land, several responded by saying, “Jesus saved me; I owe him my very eternity. The least I can do is serve him here on this planet.”

It gave me pause: What if finances *weren’t* an issue for a nation like Haiti. Would God be able to transform many young Haitians? Would he be able to change nations? I’m not sure about the answers to those questions. But in my anecdotal test, I have a hunch that one thing is certain: Most of those Haitians became convinced that they were finally being given the opportunity to step up the plate and join the nations of helpers as well as those who are hurting. It was a refreshing pace.

What about you? Have you witnessed this type of response? And, how would you arrange it so that Haitians could go abroad to help with global church planting? What impact do you believe it could have?

Answer these and other questions by clicking on this link…

to be taken to the online version of this question.