2) Is Cell Phone Security Even Worse Than We Thought? 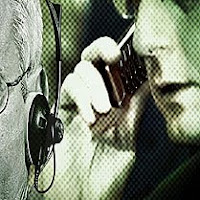 Here’s a question from a field worker who writes, “Our mission team is located in a ‘police state.’ We know the police listen to our phone calls regularly. We also know they can use triangulation to locate us. We’re fine with that stuff. :-) But now we’re facing a couple of new concerns:

“*** REMOTELY EAVESDROPPING WHEN WE’RE NOT ON THE PHONE — The microphones in cell phones are now being turned on remotely to allow eavesdropping on their owners anytime (even when you’re not making a call). We’ve figured out how to overcome this problem… but we kind of hate to always have the batteries out of our cell phones. :-) [By the way, if you think this worker has been watching too many episodes of “24”, just do an Internet search for the term, “FBI taps cell phone mic as eavesdropping tool.”]

“*** REMOTELY ACCESSING CONTENTS OF YOUR PHONE — We’re hearing (from some pretty tech-smart guys) that it’s easy to remotely hack into the contents of our phone, getting full access to our pics, calendars, docs, task lists, etc. The implications are huge. Can anyone confirm or deny this?

“To the degree all of this ‘just depends’ upon what model of phone a person uses we would be extremely grateful for information about which models are suceptible and which aren’t. Also, we’re re-evaluating our team’s technology security protocol. Can anyone share cellphone security guidelines they’ve adopted?”