14) The Last Bit: Islam and Violence, Persecution and Terror: Why? 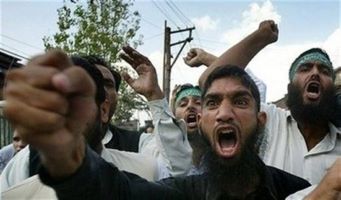 We loved noting in the most recent Missions Catalyst that Nahdlatul Ulama (NU), the Indonesian Muslim political party and world’s largest moderate Muslim movement, had made a significant break with Islamic conservatism in an unprecedented decision to abolish the legal category of “infidel” (kafir) for non-Muslims.

What does this mean? We hope and pray that it might mean that at least some Muslims are turning a corner and, in 2019, maybe they’re stopping the practice of beating people up if they decide to follow their heart into a different religious belief. Obviously, there’s nothing wrong with trying to persuade a nephew to continue to follow the family religion. But to ambush a nephew in a dark alley and leave him bloodied and abandoned (as it happened to a friend of mine (Doug’s) in Morocco in 2019 is just crazy. Right?

At the same time, we also noted this recent post at the Zwemer Center:

So ARE Muslims prone to violence or not? We asked a PhD student who is deep into a specialization on North Africa and the Middle East. We pointed him to the Zwemer article and asked for his input. He has several projects in the works focused on the origins of terror. He responded, like this:

“The article makes a straightforward point – that two broad interpretations of the Quran exist, one that broadly condemns violence (rooted in the Muhammad era) and a more recent ‘radical’ interpretation. This is not controversial insofar as its obvious groups like the Taliban/al-Qaeda claim to have a legitimate interpretation of the Quran. In fact, the article’s short take on the two interpretations seems entirely *correct.* However, I do have an issue with the article’s conclusion – it makes the implicit argument that if a religion (Islam in this specific case) is interpreted in multiple ways, we can’t know its true nature (it says this exactly). The overwhelming majority of Muslims reject the violent jihadist reading that Islamist terror groups employ though and favor the interpretation that is rooted in history and Islamic jurisprudence – one that is peaceful and loving. That is its true nature – why dispute that? Unfortunately the article therefore causes problems for Christianity too – tons of terror groups also misinterpret the Bible! Does the horrible and violent interpretation that the KKK, Joseph Kony, etc use mean that we can’t know the true nature of Christianity? No – it means they are reading it incorrectly.” (Thanks for your thoughts. We’ll leave you anonymous because of some of your current projects. — but thanks all the more.)

So what are YOUR thoughts? Why is Islam sometimes associated with violence? Can you see that Christianity is sometimes misunderstood as being in the same vein? Most importantly, what can we do (if anything) to help steer the world toward peace — and freedom to follow one’s heart? Click “Comment” after the web version of this item if you can straighten us out please.

14) The Last Bit: Please Help us Design a New “Wall of the Unreached”