1) To Understand Millennials, What if we All Read this Free Excerpt: 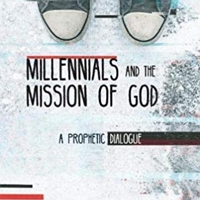 What if our entire Brigada family went to this link and read just the first chapter of the book, “Millennials and the Mission of God, A Prophetic Dialogue” by Andrew F. Bush and Carolyn C. Wason. Then, after reading, what if we commented our take on the free excerpt (pages 1-19). (Some of us might actually order the whole book!) Once we’re done, maybe we’ll have some helpful dialogue to understand not only how to relate to this young and daring generation, but how to help them change the world in which we live. : ) Will you accept the dare?