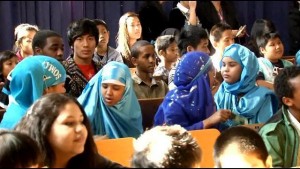 I’ve been curious (ever since hearing David Garrison at Finishing the Task) about the rather amazing numbers of Muslims who were said to be making Jesus their Lord. Then, in an exchange last week with Patrick Johnstone, creator of the Operation World materials, about a related matter (his take on disciple making movements), he happened to mention that he had just finished a careful analysis, based on the best figures he had available. Patrick assembled one of the best networks ever to try to gather and validate data across the years. So his response meant a lot. What was his conclusion? Based on his conservative figures, in 1960, there were fewer than 60,000 Muslim background believers worldwide. By 2012, he counted (realistically) around 10 million. Whoa. That’s HUGE growth by ANY measure. God be praised.

So why do you think this growth is happening? And how can we accelerate it (or at least stay out of its way!)? Please click “comment” after the web version of this item. And thanks, in advance, for your opinions.