1) July in September… or is it the other way around? — 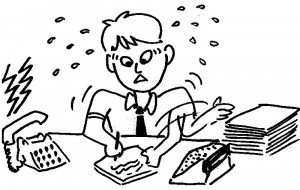 If you’re new to Brigada, you might be wondering… why in the world are you receiving a newsletter dated July 18th when, in reality, it’s being mailed near the end of September! It’s because Brigada doesn’t have a dedicated full-time staff. Those who work on it are implementers, just like those who read it. These practitioners (a.k.a. missionaries) have to work on missionary-stuff for a living too. The upside of that fact is this: Brigada never becomes ‘stale’ due to having been assembled by some out-of-touch person holed up in a small and dark office in Santa Clara. The downside, however, is this: Brigada’s Founder and Editor (Doug Lucas) is a busy guy. For example, beginning July 15th, he coaches a varsity boys soccer team for a local Christian high school. (Sigh) Please forgive us as we try to catch up. The other side of the coin is this: The goal for which Brigada aims in any given year, financially speaking, wouldn’t even pay for a first-year kindergarten teacher in a local public school. And to make matters worse, we seldom make our financial goal. So at the end of the day, one could argue… most of the 10,000 subscribers are sometimes getting exactly what they paid for. Besides, we always catch up by the end of the year. It might seem odd — but it’s our organizational culture. :-)