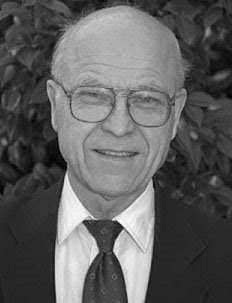 Recognized by TIME magazine in 2004 as one of America’s 25 most influential evangelicals, Ralph D. Winter, a world-renowned scholar of Christian mission and the founder and creative activist in a wide range of mission initiatives, has died. He was 84.

Winter died Wednesday, May 20 at his home in Pasadena after a seven-year battle with multiple myeloma and after additional struggles with lymphoma since early February.

Many of the accomplishments of Ralph Winter’s long career as a missionary, mission professor and “mission engineer” stemmed from his conviction that Christian organizations accomplish more when they cooperate in strategic ways. It was at the Lausanne International Congress on World Evangelization in 1974 that Winter burst upon the world stage with innovative analysis and advocacy that have redirected evangelical mission energies ever since.

Born in 1924, Winter spent his boyhood years in South Pasadena and was nurtured in Christian faith by devout parents and membership at Lake Avenue Congregational Church in Pasadena. He pursued a degree in civil engineering at Caltech, an M.A. at Columbia University in teaching English as a second language, and a Ph.D. at Cornell University in structural linguistics, with a minor in cultural anthropology and mathematical statistics. While in seminary at Princeton, he served as a pastor of a rural New Jersey church.

He married Roberta Helm in 1951 while studying for his Ph.D. at Cornell. Roberta’s expert help in research, writing and editing, among many other gifts, made her a valuable partner to her husband from the time of his doctoral studies onward.

Ordained in 1956, Winter and his wife joined the Presbyterian Board of Foreign Missions. They worked for ten years in Guatemala among the native Mayan people. Along with the development of 17 small businesses for bivocational pastoral students, Winter joined others to begin an innovative, non-residential approach to theological studies known as Theological Education by Extension (TEE), which has since been reproduced in countless mission contexts around the world.

Winter’s creativity with TEE and other initiatives caught the attention of Donald McGavran, who in 1966 invited Winter to join the faculty of the new School of World Mission at Fuller Theological Seminary (Pasadena, CA). Between 1966 and 1976 Winter taught more than a thousand missionaries, but he also claimed to learn much from his students. During these years he founded the William Carey Library, a specialized publisher and distributor of mission materials. He also co-founded the American Society of Missiology, helped in starting Advancing Churches in Mission Commitment (ACMC), and inaugurated what is now the Perspectives Study Program (first called the Summer Institute of International Studies).

Building on McGavran’s emphasis on people groups, and gleaning insights from his interaction with students and faculty, in July 1974 Winter presented a seminal address at Lausanne, Switzerland to the International Congress on World Evangelization, underscoring the necessity of pioneer, cross-cultural missionary outreach to thousands of “hidden peoples”, later more commonly known as “unreached peoples”. Winter’s statistics and careful reasoning stunned an audience (and their constituencies) that had previously assumed that “near-neighbor evangelism” by existing churches would be sufficient in world evangelization.

To facilitate creative outreach to unreached peoples, in 1976 Ralph and Roberta Winter founded the U.S. Center for World Mission (USCWM), and in 1977 the related William Carey International University, on the former campus of Pasadena Nazarene College, mobilizing evangelicals to pay for the acquisition of the $15 million campus through a series of campaigns that culminated in 1988 and that emphasized mission vision more than fund-raising. A community of workers in Pasadena and other locations, now known as the Frontier Mission Fellowship (FMF), has developed to sustain an array of cooperative mission projects, and until two weeks before his death Winter served as General Director of the FMF.

John Piper, author of Desiring God and Pastor for Preaching at Bethlehem Baptist Church (Minneapolis, MN), commented, “Ralph Winter was probably the most creative thinker I have ever known. On any topic you brought up, he would come at it in a way you never dreamed of. This meant that stalemates often became fresh starting points.” Likewise, Dale Kietzman, a professor at William Carey International University, noted, “He was constantly thinking outside the box. He did this to such an extent that you weren’t sure what the box was anymore.” C. Peter Wagner, a colleague at Fuller Seminary, has observed, “History will record Ralph Winter as one of the half-dozen men who did most to affect world evangelism in the twentieth century.”

At 84 Winter continued to work full-time, finding personal satisfaction in addressing a wide range of new challenges and perplexing questions. John Piper noted on his Weblog, “He did not waste his life, not even the last hours of it. He was busy dictating into the last days. He taught me long ago that the concept of ‘retirement’ is not in the Bible.” Greg Parsons of the USCWM observed, “He died with his boots on.”

Winter is preceded in death by his parents, Hugo H. Winter (a civil engineer recognized as “Mr. Freeway” for his leadership in the development of the Los Angeles freeway system) and Hazel Patterson Winter, and by his first wife of nearly 50 years, Roberta Helm Winter. He is survived by his second wife, Barbara; by his and Roberta’s four daughters (all of whom are active in Christian mission), Elizabeth Gill (Brad), Rebecca Lewis (Tim), Linda Dorr (Darrell), and Patricia Johnson (Todd); and by 14 grandchildren and one great-granddaughter.

He is also survived by his older brother, Paul H. Winter (Betty), a graduate of Caltech and a well-respected structural engineer; by his younger brother, David K. Winter (Helene), president of Westmont College in Santa Barbara for more than 25 years; and by nephews, nieces, and numerous friends and colleagues worldwide.

A memorial service is scheduled for Sunday, June 28, at 3:00 p.m. at the Worship Center of Lake Avenue Church, 393 N. Lake Avenue, Pasadena, CA. Details will be posted to the website of the U.S. Center for World Mission at
http://www.uscwm.org/