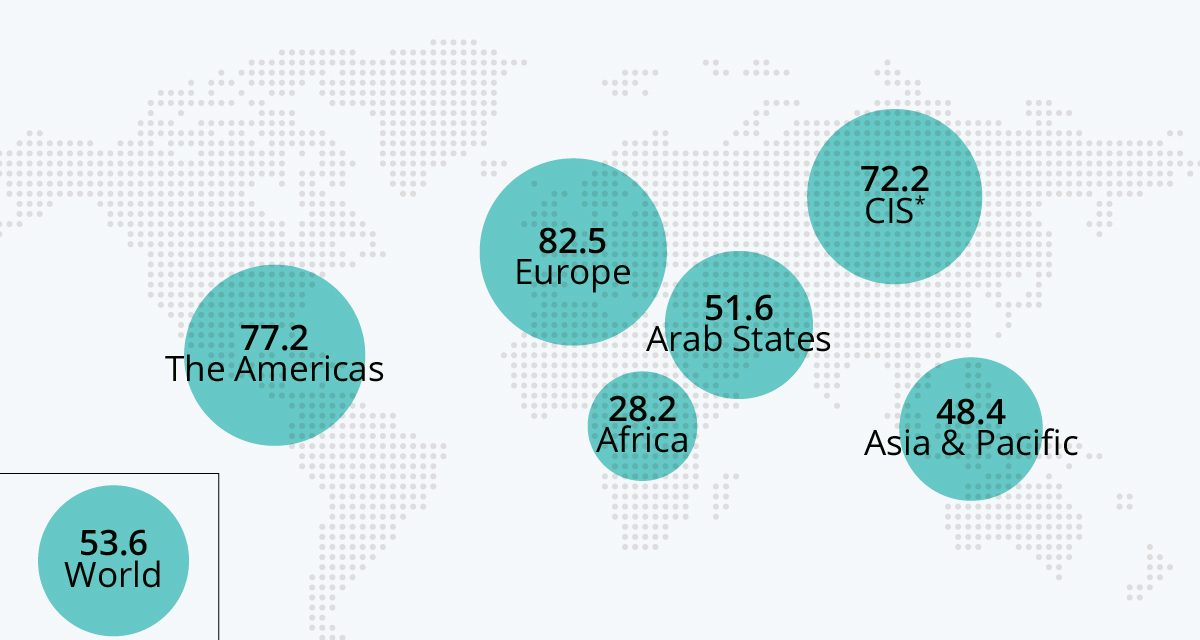 This past week, Tim Berners-Lee turned 65. He’s often described as the inventor of the internet — but it’s more precise to credit him “merely” with envisioning the worldwide web. Of course, maybe it’s not quite so worldwide as we might have assumed. Last year, internet penetration “ranged from 86.6 percent across developed countries to 53.6 percent in developing countries and less than 20 percent in the “least developed” (we now prefer “Global South,” don’t we?) countries in the world.” Learn more at https://www.statista.com/chart/3512/internet-adoption-in-2015/.