14) The Last Bit: Have You Heard About the Etnopedia? 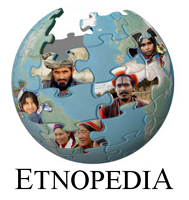 This past week, we stumbled across Etnopedia. How in the world have we not seen this before? But try as I might, we couldn’t find one instance of us having written about this cool resource previously. So we wrote Dan Scribner, Director at Joshua Project, to get more info about this site. Dan wrote, “Very familiar with Etnopedia and their point person, Dave, who himself serves cross-culturally. Have known him for probably 12-14 years. Before Duane joined Joshua Project about ten years ago, he and Dave worked together for a number of years in Mexico tracking people groups for COMIMEX and COMIBAM. Main focus of Etnopedia is to get people group profiles into multiple languages. Dave uses a people group list that is a merger of all the major people group lists. He is very concerned about comprehensiveness i.e. not overlooking any possible group but not overly concerned about duplication or overlap of data. Dave and Joshua Project’s needs are similar in that we both urgently need translators.  For example, Joshua Project urgently needs Korean translators as we have the Unreached People of the Day in Korean but some gaps in translated profiles.” Check it out at…

Of course, we’re always happy to learn that resource-providers like these are on a firstname basis and have a comfortable working relationship. If you want data-driven, database-file type information about unreached peoples, Joshua Project is your best bet. If you’d like narratives gathered in a “wiki-type” format, it’s hard to beat Etnopedia on the people groups they’ve profiled.

This probably is a great time to visit once more the recurring habit that some workers have of putting down people-group approaches. We hear it often — “People Group fade” and the like. Specialists in unreached peoples have ALWAYS urged practitioners to go in with people group eyes — to be ready to apply a UPG filter if the people there are exhibiting it. But they’ve also always maintained that if people groups are not manifesting themselves in a realistic way, don’t force them on the context. In many urban areas, people groups have melded. They’ve done so for years. We’ll find 80 people groups in the same school, intermingling — and 80 people groups in the same church, getting along just fine. But in other contexts, we’ll discover a vast gulf between certain people groups showing prejudice and sometimes even hatred toward one another. The secret is not to stick to “people group eyes” as a hard-and-fast solution, but rather, again, to enter with people group eyes to understand the context if it’s helpful. To us, it’s become so “90s” to downplay people group thinking — yet it still remains helpful in some contexts. But we think that some people think they’re looking “modern” and “avant garde” if they downplay a helpful tool. Nonsense. Please don’t take away the lense if we need it. Lenses are good. Just ask Apple (about iPhone 11 Pro). : )