Curious About the Origin of the Term, “Member Care?” 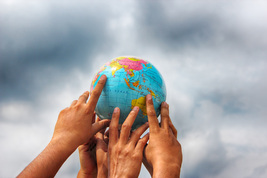 There’s been a great discussion since we asked the question in Brigada a few weeks ago. Posts include memories from the likes of Neal Pirolo. Some cited trainers such as Sam Rowen and Ken Harder. Read the entire thread at…

One friend (Randy) wrote with some private memories. “I’ve skimmed through my ’91 copy of Neal Pirolo’s book and did not quickly see the term member care. I also searched the digital copy he had posted in Blue Letter Bible and it did not appear there. However Kelly’s 1992 Helping Missionaries grow uses member care extensively. I suspect that Kelly who was then an up coming networker in missionary care was pushing the term member care because of his contacts in limited access countries where terms like missionary care and pastoral care could not be used. Kelly also had a broader view than his own discipline of psychology and mental health which is reflected in that ’92 book. I’ll probably ask him about it, if I remember, the next time I see him.”

He continued, “In Clyde Narrimore’s radio broadcast which I mentioned he would mention how he served missionaries on furlough. It seems the precurser to what we now call debriefing. I was only a child then, but his perspective on missionaries needing care was so different than the monthly missionaries we heard in church were missionaries were still veiwed as sort of spiritual superheros.”

He finished off with a reflection, “It is interesting to now see the explosion of missionary care that is now taking place over a half a century later.” Indeed. Thanks Randy. Do you have other memories about the exact origin of the term?