5) Want a Clearer Picture of Islam in Europe? 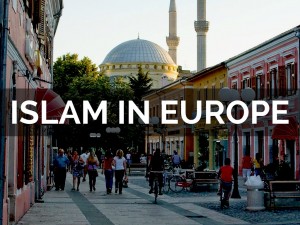 Check out this summary from the Pew Research Center, based solely on objective fact, the latest population figures, and quantitative Pew Research:

The summary statements shown solid, if not rapid growth of Islam (primarily through immigration) throughout much (all?) of Europe. Among EU nations, Germany and France have the greatest number of Muslims. These Muslims tend to be younger than the populations of their host nations. And the views of their European native counterparts vary widely. Over all, there are around 13 million Muslim immigrants in the EU today. And that number looks like it’s going to continue to rise through at least 2030.