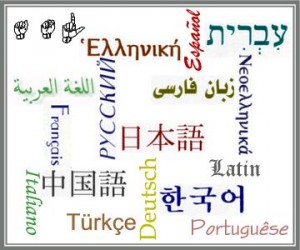 In keeping with our theme from last week (population guesses for unreached peoples), we received a note this past week from a worker in the Middle East who wrote, “The majority of the Unengaged Unreached People Groups still on the list don’t prefer the language they are listed as speaking as the language in which they want to study the Bible. Governments and globalization have successfully shifted the younger generation to prefer the trade language as the preferred language of learning. Americans who trained years ago, who do not stay up with the younger generations on the field keep saying, “Heart language is the key.” I now call those “heart languages” more like “Home languages.” The minority groups might eat breakfast in a tribal language but they long to spend the rest of their day speaking the national trade language.” This would have radical implications for Bible translation. Do you agree or disagree? Just click “Comment” below to express your opinion please.