1) A New Way to Report on Your Mission Outreach — 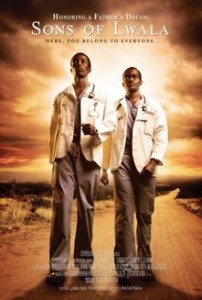 Last year, we reported on a filmmaker’s ‘over-the-top’ DVD report of his mission trip. I mean — it gave new meaning to “over-the-top” (pun intended). See the item at…

Well guess what: David Kiern has been at it again. This time, he’s reported on a huge project by a national from another land. See the details at…

To me, this item has significance in at least 3 ways. First, it’s important because of the outreach itself, obviously. These two young men have accomlpished an amazing feat for their village — and those who help them can feel good about what they’re doing for health and outreach in a very difficult land.

But second, it has implications for David, himself, and his film company, “Epiphany Pictures.” It shows David’s creativity, continuous passion for excellence, and his future.

But third, and just as important, this shows the potential for many others, if we but reached a bit higher. It’s worth someone in your church buying this video and watching it, if for no other reason than to make a statement: “We could be doing this.” It would attract more donors, more momentum, and, correspondingly, help us get the job done. The tools are out there. The creative people are in our midst. My theory is — all that remains is the *dare* — to communicate more effectively than we ever have before. Well done, David. Hats off.