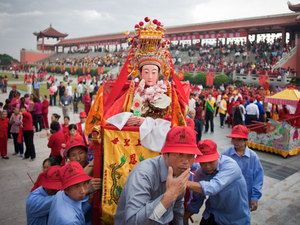 Remember when we asked for input on why China is “investing in Christianity?” See the July 18th, 2010 discussion at:

One anonymous respondent, writing from within Taiwan, commented, “NPR aired a series this summer entitled “New Believers: A Religious Revolution in China”–on the Web at

He continued, “It includes the story ‘Beijing Finds Common Cause with Chinese Buddhists,’ which quotes a researcher at the University of Ottawa as saying, ‘I have reason to believe the Chinese government might be encouraging Buddhist institutions, simply because they’re worried about the rapid spread of Christianity and Protestantism in particular.’ The series also has articles on Protestants and Catholics in China.