14) The Last Bit: The Debate Rages On about Learning Spoken Languages 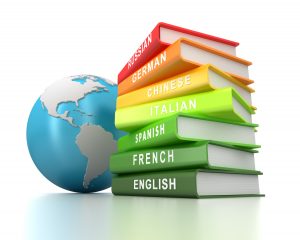 Last week’s item about, ” Acquiring All Spoken Languages Should be Equally Hard,” has sparked quite a debate. See it all at…

Several respondents have chimed in with experiential or anecdotal evidence. To date, however (check to see if we’re right), we haven’t seen one scientific study proving or disproving the theory that, since all babies seem to learn their first language in roughly the same period of time, it makes sense to postulate that learning any spoken language should/could conceivably be equally hard — and equally easy. This has huge implications for those who previously would have shied away from deploying, for instance, to Arabic-speaking lands. They’ve heard all the horror stories — so they opt for a Spanish-speaking land instead (since they’ve heard Spanish is “easier”). Our theory — and so far, we’re sticking with it, is that Spanish is indeed equally easy AND equally hard to speak correctly. It’s all the same as Arabic, Russian, Chinese, or any other global language when it comes to learning the aural-oral communication skills. (We’re not suggesting that learning any *written* language is equal. It takes Chinese children longer to learn to read and write Chinese too! : ) ) Our theory is based on the simple scientific fact that — learning to memorize a spoken phrase of mumbo-jumbo (and learning it well) is difficult for all of us. But for someone trained in acquiring aural-oral language, it’s of equal challenge no matter what language is being considered. What do we mean by someone trained in language acquisition? We mean, for example, that the learner has had significant training in phonetics so they can recognize subtle differences in pronunciation and tone. They have practiced hearing and *producing* those subtle differences. They know how to diagram and jot down their experiences in a log book. They have learned how to listen — and they have special skills in practicing and producing the language exactly like they are hearing it. Such a person is no longer trapped in legends like, “Only those with a gift in music can learn tones,” because of his or her special training.

Now these are our theories — but we have yet to see a single scientific study disproving the notion. And all our common sense verifies our theory (including the positive proof that all babies, with no training at all, end up speaking their heart language around the same time). Again, to us, this is a tremendous boost to mobilization to the tough languages of the world. AND it’s also verification that we ought to make sure our language learners are getting good training in language acquisition techniques.

Your thoughts? Can you point us to any scientific studies disproving out theory? Just click “Comment” following the web or app version of the original item at…

(Please comment there rather than here so the thread can stay intact.)