14) The Last Bit: Acquiring All Spoken Languages Should be Equally Hard 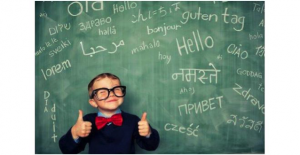 We’re taking a poll. Do you agree or disagree with the assertion that it should be equally hard (and equally easy) to learn all (that is, any given) spoken languages in the world — if we are acquiring them in the right way. What do we mean by this? To me (Doug), acquiring a spoken language in the aural/oral way should be tackled by memorizing whole texts through mimicry. I believe this is the only way to capture the true melody of the language the way locals speak it. By listening to and then later producing whole sentences using recordings made by native speakers, shouldn’t a trained newcomer be able to learn to understand and speak any new language in the world in a matter of months or a few years max? Disclaimers: Note that I’m not talking at all about written language. To me, written language introduces an entirely different challenge that deals with the eye gate. With written language, one might have to learn a new script using completely foreign letters — and this might take longer even for insiders, depending on the particular script involved. But isn’t it true that babies the world over generally all learn to understand and speak their native language between 1 year and 3 years of age. (They might speak it in a very basic way at age 3, but they typically are at least starting to get the hang of it, right?) Note that this is true of Russian babies, or babies in North Africa, the Middle East, Africa, or Mexico. Language is no respecter of persons, when it comes to babies. So, in a similar way, doesn’t it stand to reason that if we’re dealing only with spoken language (the aural/oral gate), shouldn’t we all be able to do what babies do — only maybe better?

To me, this is why maps like this one….

make no sense at all. Never mind that the data might be provided by some famous group with lots of travelers having spent lots of time overseas (the Foreign Services Institute). As ashes on the ground, I’m still bold enough to propose that they’re missing the boat. Maybe they’re confusing the matter with learning a written language alongside the spoken.

Here’s the bottom line: If I want to say, “This is my third day in your country,” it seems to take me exactly the same time to learn the mumbo-jumbo in a city in Asia as it does to say the equivalent mumbo-jumbo in a village in South America. Because to me, it’s all equally hard — and it’s all equally easy. I’ve tried this in countries all around the world. I don’t consider myself a quick study on language. It’s ALL very difficult for me. But it’s also all very equally easy. With the aid of a helper, I facilitate the helper in constructing a series of nonsense syllables that, taken together, with the right flow — if I learn to repeat those same syllables in exactly the same way with exactly the same flow — people tell me their names. Or they tell me where the bathroom is. Or they ponder the meaning of the brief story I just shared.

It’s all equally hard. And it’s all equally easy. Your thoughts? Please respond by clicking comment after the web or app version of this item. And thanks in advance for your response.